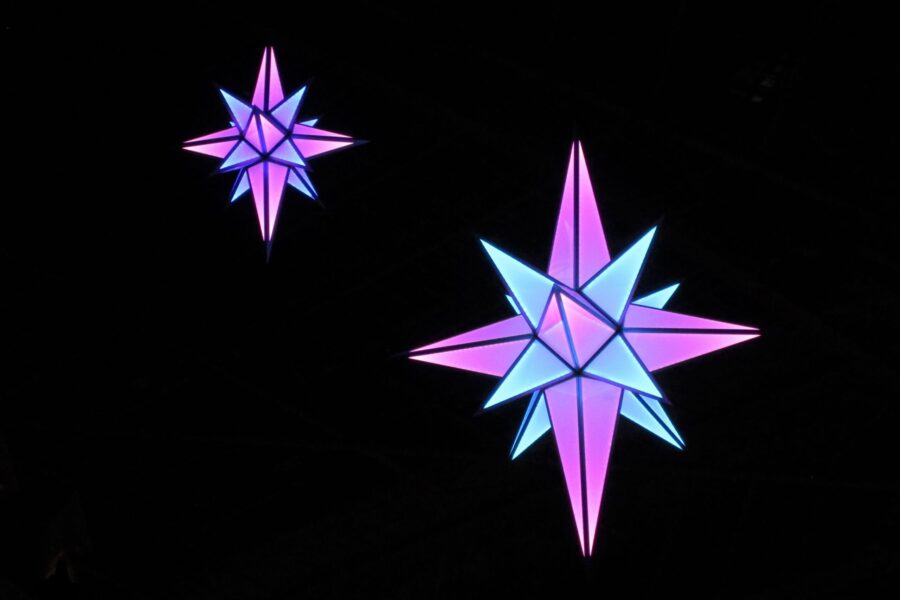 When Christ was born in Bethlehem
A shining star appeared
That led the wise men from the east
Who wondered, hoped, and feared.

It led them to the very place
Through desert heat and cold
Right to the house in Bethlehem
As Micah had foretold.

It led them on until they saw
The child Himself, the King,
With joyful hearts they worshiped Him
And gave Him everything.

They gave Him gold – a royal gift,
They gave Him myrrh – death’s sign,
They also gave Him frankincense –
To show that He’s divine.

Now we’ve received the Morning Star,
As Christ is called today;
We’ll see Him too if, like those men,
We follow all the way.